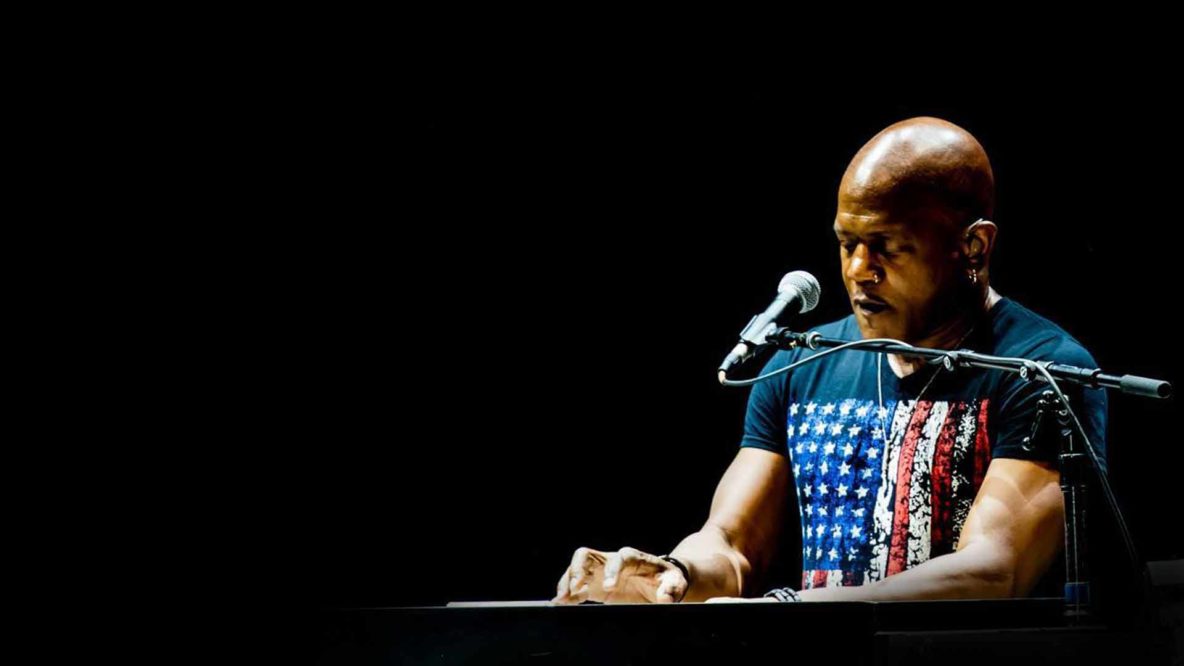 Joseph’s early elementary school years were spent with his siblings playing nightclubs and sharing the stage with Curtis Mayfield, War and other major artists of the time as “The Wooten Brothers”. In the ’70s they played with; The Temptations, The SOS Band, Stephanie Mills, Dexter Wansel, Ramsey Lewis, Maze featuring Frankie Beverly and others.

SYNDICATEDNEWS on BLOGTALKRADIO
http://www.blogtalkradio.com/syndicatednews/2012/09/25/joseph-wooten-of-the-steve-miller-band-on-syndicatednewsnet Clip uploaded at 3:21 AM EST and has already surpassed 750+ full listens

As the ’80s arrived, the brothers caught the ear of the popular R&B artist/producer Kashif where they recorded an album entitled The Wootens for Artista Records. During that time with Arista Records, Joseph also sang back ground vocals for Whitney Houston on her debut album, as well as Kenny G.  Joseph contributed numerous compositions on two of Victor’s Grammy nominated CDs. During this time, when the family moved East, Joseph and his brothers had a residency at Busch Gardens, where Joseph honed his skills not only as a keyboardist, but, as an accordion player, arranger, and composer as he composed over 40 pieces for every individual cast member. 3 songs in this interview: MOUTH TO MOUTH, SOUL HANDS and UNITY.