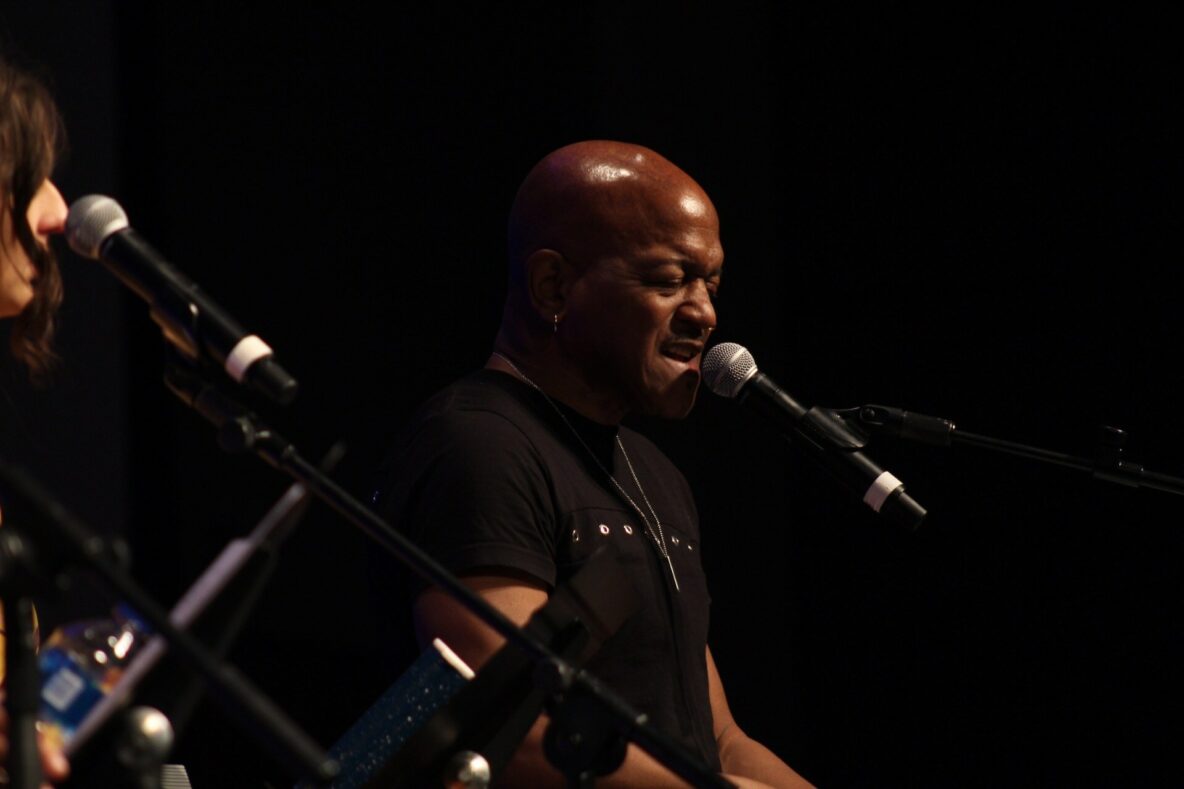 Joseph Wooten, the keyboard player for the Steve Miller Band since 1993 and second youngest brother of Grammy-winning The Wooten Brothers, has released a brand-new Christmas song for the Christmas of 2019.

‘Merry Christmas Time of the Year’ comes three years after Joseph’s second solo album ‘Soul of Freedom’. Joseph Wooten is also the author of the book “It All Matters: What I Believe, Words I Live By’.

In the 80s The Wooten Brothers worked with R&B artist/producer Kashif on their album ‘The Wootens’ for Arista Records. Joseph went on to become musical director for Kashif’s band. He also sang back vocals on ‘Thinking About You’, a song on Whitney Houston’s debut album written and produced by Kashif.

Joseph also fronts his own band, Joseph Wooten & The Hands of Soul. Joseph is also a member of an elite group of hand-picked musicians called Freedom Sings, organized by the First Amendment Center in Washington D.C., presenting a multi-media experience celebrating The First Amendment and free expression.

Noise11’s New York-based Chief Operating Officer Nick Kontonicolas has developed a great relationship with the Wooten family. “Joseph is a natural-born teacher,” Nick says. “In getting to know Joseph and his wife Stephanie over the course of 2019 I’ve come to understand the passion for music that runs right through the family and the diversity Joseph’s brothers Regi and Victor bring to the family band. This has been a truly remarkable year for me having spent a lot of time with this beautiful family and I wish them all a Merry Christmas”.

Steve Miller is yet to announce Steve Miller Band dates for 2020. The Wooten’s will perform on 18 January at The Parish, House of Blues, Anaheim and at Yoshi’s in Oakland, California on 21 and 22 January.