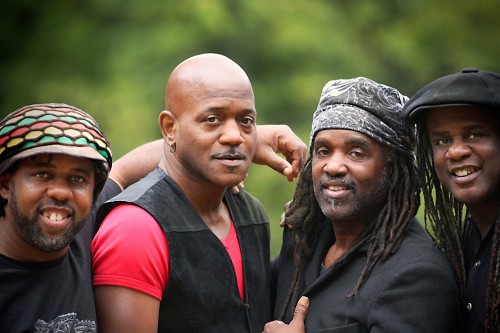 Monday, December 16th was a special day in more ways than one. Not only were the Wooten Brothers rolling into Buffalo for the second to last show of their surprise reunion tour, but unbeknownst to them, they’d also receive an award for their contributions to music and the local community.

Entering The Tralf that night, there was already something in the air that added to the usual pre-show anticipation. It might have been bitterly cold that night, but that was quickly forgotten once you made it inside. The music appreciators of Buffalo were out and I got the sense that everyone knew what they were about to witness. With senses heightening, Joseph Wooten walked out on the stage and took to his keyboard. As he began to play, he slowly called each of the remaining brothers out, one by one, to join him. The opening cover of Sly and the Family Stone’s “Dance to the Music” kicked things off and you could tell right off the bat that it was going to be a special night.

Roy, also known as Futureman, usually adorns his self-created drumitar, but was behind a kit tonight; maybe it was a throwback to when he was a kid playing with the other three. It wasn’t without his futuristic spin though as the bass drum was facing up, allowing him to play it like a tom-tom. All four were on point, showcasing their family bond as well as their individual capabilities. Their choice of songs spanned various genres and decades and would be the theme for the night as the guys really took the crowd on a musical journey.

At the end of the first set, Joseph slowed things down, flying solo on the song “Baby Dog.” It was the perfect setup as the band immediately followed that up with a James Brown medley that electrified the crowd. Everyone in the room that night was feeling good, including Victor and Reggie who started dancing together on stage. If the set would’ve ended there, I think the crowd would’ve been more than satisfied with what they paid; that was only part one though.

At set break, a group began to gather at the side of the stage. After a few minutes of waiting, the group made their way on stage to make an announcement. December 16th was officially declared “Wooten Brothers Day in the City of Buffalo.” Joseph said, “It was such an honor to have a symbolic day in your name with your brothers in a city that you really love.” Joseph and his manager, Linda Appleby, have worked together over the years to promote music and explain its importance in schools all around the area. Linda herself was the catalyst to the award saying, “I went to the mayor’s office and told them of their musical contributions to the world and Joseph in particular to this city.” In one particular example, Joseph flew to Buffalo on his own dime to defend the music program in city schools to the Buffalo Board of Education. Not only are the guys incredible musicians, but they have a high level of integrity and heart that goes beyond what they do on stage. The band was presented with their award and you could tell by their comments that it was going to have an incredible affect on the second set.

After a short break, the second set began with “This Christmas” for a holiday touch, but quickly ran into a Flecktones back to back of “Sinister Minister” and “Sex in a Pan.” It’s not every day that you get to see a bass player lay down the melody, but Victor ran away with the lead as usual. His prowess over the instrument was showcased all throughout the night in various incarnations. After a rousing drum solo by Futureman, Victor grabbed the stand-up bass that had been waiting at the back of the stage. The jazz song “John Coltrane” was smoothly laid out by the band as they explored yet another genre. The solo Victor ripped on the large instrument was so captivating that it forced his brother to lean over his keyboards to catch a glimpse.

As the night wore on, guitarist Reggie led the band for one of the bigger surprises of the night with the Zeppelin cover of “Kashmir.” At times during this song, I caught each of the brothers watching Reggie in a way they probably did growing up. Reggie, known as The Teacha, is the oldest and taught the others. The style in which he plays can easily be heard in the other brother’s approach to their own respective instruments.

The show couldn’t have been wrapped up any better with an encore duo of Funkadelic’s “(Not Just) Knee Deep” followed by Stevie Wonder’s “Superstitious.” The brothers share such a deep musical connection that really gave the night a special feeling. Now that it has been officially recognized, we can all remember this incredible night as Wooten Brothers Day in Buffalo.

If there’s a small part of you wondering whether this family reunion will ever happen again, Joseph provided a little reassurance for you all that missed out. We spoke after the show and he said, “We haven’t had an official meeting saying we’ll do it again, but we know it’s something that needs to happen.”